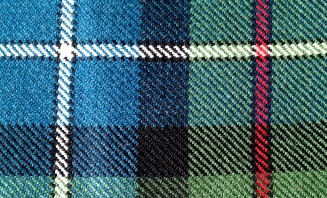 Yesterday I bought Richard Sennett’s Together: the rituals, pleasures & politics of cooperation.  The blurb says

“Living with people who differ – racially, ethnically, religiously, or economically – is one of the most urgent challenges facing civil society today.

Together argues that cooperation needs more than good will: it is a craft that requires skill.  In modern society traditional bonds are waning, and we must develop new forms of secular, civic ritual that make us more skilful in living with others.  From medieval guilds to today’s social networks, Richard Sennett’s visionary book explores the nature of cooperation, why it has become weak and how it can be strengthened.”

He’s speaking about the book in London on Sunday 2nd June at 1pm.

I’m also reading the sharp John Gray’s The Silence of Animals – a cool, chilling at times, take on modern progress.

He is presenting his thoughts on “A Point of View” on BBC Radio 4 at the moment – worth a listen.

Circle the City – a rare opportunity to wander around the City of London (Sunday 19th May), visiting historic and beautiful churches, raising money for justice programmes overseas.  “There is enough food in the world to feed everyone. Yet nearly one billion people go to bed hungry every night.”

There is enough food in the world to feed everyone. Yet nearly one billion people go to bed hungry every night. – See more at: http://events.caweek.org/site/TR/Events/General?fr_id=1055&pg=entry#sthash.B6NqSBAv.dpuf

People from Bulgaria, Romania, Latvia, Turkey, France and the UK cook dishes which help them tell their life stories.  Listen to the programme on BBC Radio 4 and find the stories and recipes on their blog.  Glad to see EU funders Grundtvig supporting this kind of thing.

The European Network on Religion & Belief celebrates its first AGM on Tuesday 21st May – bit late for a Eurostar ticket, but join us if you can.

In spite of an eruption of Euro angst this week, good reviews all round for BBC Europe correspondent Gavin Hewitt’s new book.

Absorbing range of events at the Southbank Centre, including:

The Southbank also hosts The Art of Living on 25th – 26th May, including Roman Krznaric on finding work that satisfies, Mark Boyle on money, Tom Chatfield on the effect mobiles, twitter, blogging has on our minds, Tim Parks on silence, Mark Stevenson on optimism and Sylvain Tesson on solitude.

Wired UK magazine (on the news stands, but article not online yet) has Rory Sutherland (Scots roots, surely?) on how current economic theory is based on an assumption of human behaviour being more ‘rational’ than the evidence allows.

Referring to Darwinian social theory and the gospel of Matthew, he asks, “What if the next century were marked as the golden age of progress in social sciences?”

The FT Weekend has a piece on Qatar and Syria.  We didn’t visit Qatar on our trip, but we stayed longer than we intended to in Damascus – beautiful city, wonderful people.

The second week of John McCarthy’s radio series, travelling from Lebanon to Kefalonia in the steps of the Prince of Wales in 1862, is available to listen again for a few days, taking in Syria (but sadly not from the country itself), Istanbul and Greece.

Clive Lawton, someone I met at a pilot intercultural event in Cambridge recently, starts his Introduction to World Religions course at the Bishopsgate Institute on Thursday 23rd May.

Clive’s a dynamic man, a founder of Limmud and a clear thinker, so this should be good.

This entry was posted on 19 May 2013 by Catriona Robertson in Bosnia, Europe, London and tagged A Point of View, BBC Radio 4, ENORB, Festival of Neighbourhood, FT, John Gray, MENA, Southbank Centre, The Food Programme, Wired.