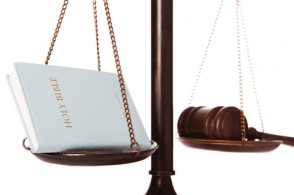 It’s £47.50, so probably not an impulse buy, but Lorenzo Zucca’s new book, A Secular Europe: Law and Religion in the European Constitutional Landscape is a good one*.

I asked Lorenzo to a European lunch in London in 2011, knowing he was tracking European Court of Human Rights cases relating to religion and secularism – should crucifixes hang on the walls of Italian classrooms, is wearing a cross & chain at work legal, and others.  His contribution was excellent.  This book brings together his thinking (he is Reader in Jurisprudence at King’s College, London) on the place of religion in the European public square and how people from different religious, secular and laïc traditions can co-exist well.  In particular, when the law and religion both have power over the behaviour of Europeans, how can conflict between the two be dealt with?

I encourage exchanges between local religious and community groups and the academy.  Pity the poor folk who have heard me rail about researchers that parachute in, scooping up the hidden jewels of wisdom from local people, only to disappear to publish their findings without a backward glance.  Working together, thinking things through together, can result in knowledge exchange, practical solutions and a bit of win-win, so we were very pleased that Lorenzo was able to join us that day.

His proposals will be of great interest at local level, offering a theoretical framework for discussing hot topics and looking at what is really at stake.  Sometimes a seemingly trivial concern points to underlying issues: a recent strategy paper from a Church of England diocese has a paragraph on religion in the public square and employment law and includes, in brackets, an example of felt marginalisation, of contested space – in this instance, parking space.

“In terms of society, various factors may contribute to a reluctance to speak about the things of Christianity. These include wide media coverage of Christians allegedly dismissed from employment for wearing a cross, a felt marginalisation in some areas (a local authority suspending parking restrictions around mosques for Eid-ul-Fitr but not around churches for Midnight Mass on Christmas Eve) and a recently developing rhetoric of persecution (“Heavy-handed courts are persecuting Christians,” Daily Mail, 14 April 2012).”  Diocese of Southwark, Strategy for Ministry, 2012.

A practical way to address this would be for churches and mosques (and other community organisations which attract large numbers) to work together with the local authority on a parking plan.  This would acknowledge the importance of these events in the lives of local people and avoid each community having to lobby for preferential treatment, which can result in the council being at a loss and ending up playing parent amongst squabbling children.  But it presupposes that no one religion or worldview has a greater entitlement than any other.  Many would claim this for Christianity in Europe, but is it marginalisation that is being felt, or a loss of privilege?  Surfacing these underlying concerns is often unwelcome when the presenting difficulty is something as seemingly straightforward as parking – surely a local authority can sort that out?  But this is what Lorenzo, I think, is suggesting: his Copernican revolution is to re-align European society intentionally around an acceptance of diversity and to allow the privilege of any one religion or world view, including ideological secularism, to fall away.  Reasonable accommodation, such as the occasional lifting of parking restrictions, makes for a city or neighbourhood in which religion (and belief) is not kept out of the public square but is acknowledged as playing an important part in preserving a peaceful and well-ordered society.

The law is increasingly seen as a legitimate, though rather expensive, way to sort out how we live well together in a diverse society.  Lorenzo takes a step back and asks whether there is a theoretical or constitutional framework which could win broad assent and would allow us to do this more easily.  After laying a foundation, referring to Charles Taylor’s genealogical approach and an exploration of secular law rooted in the immanent and not the transcendent, he looks at four models which could be used to describe Europe: Christian Europe, Post-Secular Europe, Laïc Europe and Secular Europe.  For someone such as myself, who describes herself as Christian and secular, this last option is of interest, and it is the one which Lorenzo favours.

He touches on a few areas which provoke lively debate (to say the least) across Europe: 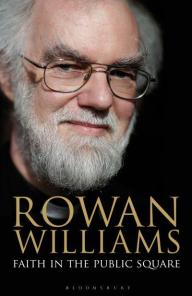 This is an obvious choice for my next near-read. It has been highly recommended to me by a (Muslim) friend.

A secular Europe, but not one which is ideologically secular or exclusively secular, is what Lorenzo advocates.  In other words, a secularism which is not promoting an absolute truth, scientific or otherwise, which doesn’t feel threatened and is not trying to win.  A Europe which encourages diversity to flourish, and which promotes a sharing of the public sphere by the religious and the non-religious, seems to be what Lorenzo’s secular option implies.

It would be good to see what this would look like on the ground.  Is he too reliant on the law, which can reflect the flaws as well as the ideals of society?  How would the strong historical threads of European Christianity, Judaism, Islam, humanism and laïcité be recognised?

How do local people engage in the policy making process at UK and European levels to promote a well-informed public conversation?  The newly formed European Network on Religion and Belief may be one pathway.

*I haven’t read the book – just the reviews, the meagre number of pages that Amazon allows for browsing and some of the journal pieces Lorenzo has written on the topic.

Have you read it, heard him speak?  Confusion over the meaning of the word ‘secular’ aside, does his proposal herald a fresh approach to living well in the UK and across a diverse Europe?